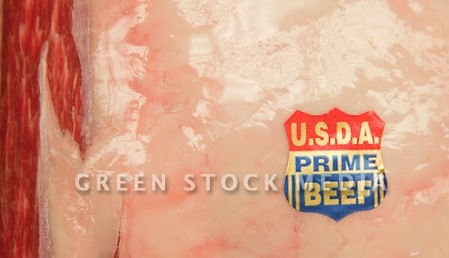 I grew up using prime lenses. Zooms, back then, were in the Tele region of the focal length spectrum, and it wasn’t until the early 80’s that wide zooms appeared in the scene.

Even though my first camera had a 40mm lens, SLR cameras were customarily sold with a 50mm one. My OM-2 had one with an f1.4 aperture, which was pretty special, considering that 2.8 was the norm in the 70’s, and even though later I got a 75-100mm zoom for it, most of the time I’d shoot with the 50. That prime was very fast and with ISO speeds topping out at 200 (there was 400 and you could always push film, but it wasn’t pretty), it helped a lot in low-light situations. The zoom, however, in spite of being light and small wasn’t too practical unless I was sure to shoot in bright sunlight.

When digital photography started trickling down to the masses, sensors were already well beyond ISO 200 and, probably for marketing reasons, most digital cameras came equipped with zooms (small, really small, sensors make it possible to pack a lot of optical power in a very small package).

That’s my theory on why prime lenses are a rarity nowadays with photographers starting out, and I’m not exempt from this: When I purchased my first DSLR, a prime lens didn’t even cross my mind, and I had been using zooms for the past six years without giving it a second thought.

Then I started hearing about the importance of using primes. But I still wasn’t fully convinced. Aside from better quality, I didn’t see any practical reason to ditch my ability to go from wide to tele, just like that and marry a fixed focal length instead.

But when you hear the same idea over and over, it’s impossible not to slowly become susceptible to it (Goebbels and Asch knew this far too well, and so do today’s marketing geniuses). After much consideration and thought given to the type of photography I favor, I succumbed and ordered a 17mm lens (34mm equivalent), which is quite a departure from my preferred focal lengths (usually in the “tele” region), but is still comfortably far from being a fish-eye.

I went with this lens for several reasons:

I’ve been using this lens for over six months exclusively. The only time I went back to my zoom was to photograph an event in which I knew I wouldn’t have an opportunity to get close to the action.

Has it changed my photography? Yes, some of it. I now try to get closer to my subjects, if I need to, which immediately changes my point of view and allows me to learn things about the scene that I would’ve missed otherwise.

“The most important lens you have is your legs.” – Ernst Haas

Having to walk or think about where you are (or where to be) at any given moment will make you more aware of your surroundings. And knowing that you lack the flexibility afforded by a zoom lens is another thing that will force you to think more about what you’re doing. All good things, when it comes to phtography.

I have grown to like this lens so much that I want to try my hand at 12mm (24mm equivalent), which is an even wider lens.

Finally, another advantage of a prime lens, especially for street / documentary photographers, is that it’s considerably smaller, which makes your camera less conspicuous when shooting strangers (not to mention lighter).

So yes, go ahead, take a step into the wild side and force your own hand into something new, uncomfortable at first. It will be an eye-opening experience in every possible sense.