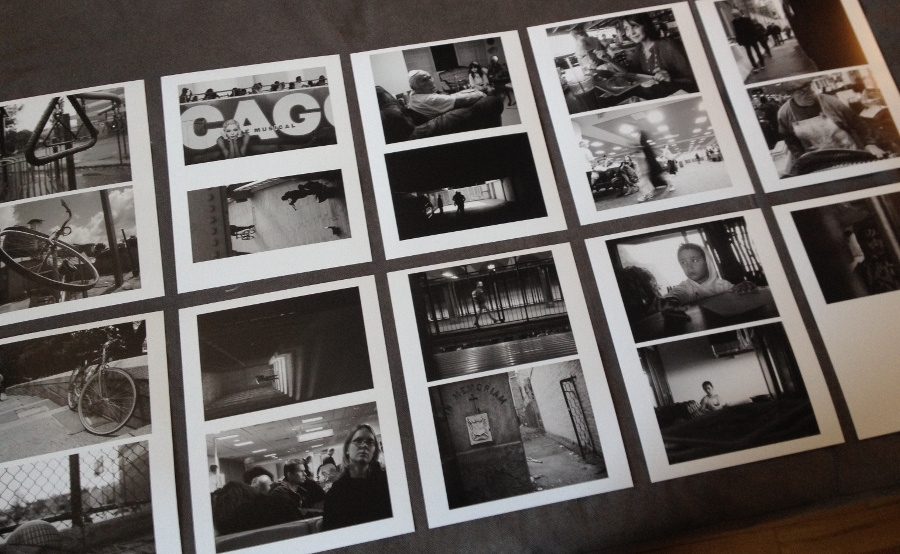 Photographically, I’m lucky to live practically in New York City, mostly because the visual opportunities the city has to offer are in-tune with my style and, to boot, they’re virtually endless.

But then, I’m blessed because being a short underground trip away from B & H Photo gives me the opportunity to attend the classes and lectures they host at their Event Space, and that’s where this short adventure, that’s about to end, began.

On September 29, 2014 I went to the introductory lecture of a new program that the Event Space had implemented just a year before: Portfolio Development. It was still a new thing for Deborah Gilbert and David Brommer, the two people in charge of most of what happens there. It was the beginning of a journey. It’s been almost eight months since the day I first showed photographs taken by me in public.

That first critique was a first glimpse into how the world, and especially the world of fine-art photography world would react to my images, and to a certain degree, it was a frustrating experience. I remember thinking “they just don’t get my photography.” I also remember David Brommer saying, too frequently for my taste at the time, “National Geographic publishes photographs, not excuses,” only to think (yes, again), “they don’t get me,” but treading on with the grueling exercise that that first critique was. Having to defend work that I found to be good wasn’t fun. At all. I’ve had a root canal done and this was worse.

Nevertheless, I didn’t allow disappointment to distract me from my goal. I would finish this thing, even if it meant drawing blood.

Portfolio Development consists of a series of curated classes and critiques geared toward the creation of a professional, gallery-worthy, well, portfolio.

Until last September, all I knew about photography was limited to taking good photographs. The requirements for that lecture were simple: bring your strongest five images and an open mind to get started. I had no clue there was still so much for me to learn (and there still is, obviously), but having critiques, a structured syllabus, and a slew of resources was invaluable. It was a poor-man’s MFA. Maybe not even that, but you are guaranteed to learn A LOT.

While there were only six classes from the menu that I was required to attend, I made a point of going to as many as my time permitted (and I didn’t mind hearing some lectures I had attended before for a second time – that’s how good those 2-hour presentations are).

Some of the most valuable lessons I learned through this process, surprisingly, aren’t even specific to photography per se. Good pictures taken in a vacuum are only that: good pictures. A disparate collection of photographs isn’t a body of work; it’s no more artistic than what most instagram profiles out there are. A photographer without an identifiable style or at least a sense of direction isn’t much more than a person with a good eye and a camera.

There are series, and projects, and printing, and genres, and styles, and techniques, and a lot of reading about art, and networking, and reviews, and rejection. These are just a few things I can think of that will take you to the proverbial “next level,” and this short list is anything but all-encompassing.

If this choice is something you’ve toyed with and you’re fortunate enough to live in or near New York City, you owe it to yourself to grab this opportunity the next time it’s offered. It’s well worth the effort (and trust me, there’s a lot of effort and time involved, so be prepared).

The end of this road, which I’m proud to have completed and, to top it off, be part of the collective show in New York City’s Soho Photo Gallery staring on July 7, 2015, is just the beginning of a much more arduous one because now it’s up to me to continue building on that success. I’m sure I’ll continue counting on the support of people like David and Deborah, but the structure and the decisions will be entirely up to me.

PS: I must thank, first of all, Camila for so generously giving up so much of our hang-out-together time, my wife, Graziella for her patience and unwavering support towards my newfound passion, David and Deborah from B & H, for making it all possible, Lois and Sandra from Soho Gallery for the great opportunity at their space, and very specially, Maria Elena Ramos, former director of Venezuela’s Museo de Bellas Artes and founding member of the Galería de Arte Nacional, for her invaluable feed-back and encouragement and Gregor Barschi for allowing me an in-depth look at an accomplished Art Collector’s mind every time I’d call with a silly question. And, of course, my class-mates for following and encouraging me on an ongoing, and very constant, basis. Thank you all!