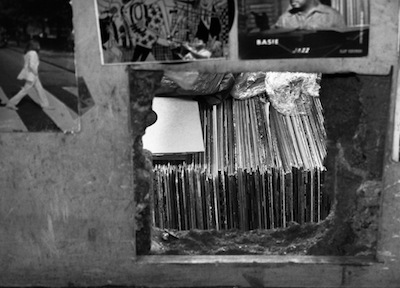 As a boy, being the spoiled brat in the house, with a sound system suitable for an audiophile, music only came in records and cassettes. Going from song to song on the former was annoying, but with the latter, it was just out of the question. You’d have to wait and it was a matter of trial and error to push the “stop” button at the right moment to listen to what I wanted. Enjoying music was a ritual that required, most of the times, lying down on the carpet for half an hour to do, just, that.

But not anymore. We can not just listen to only what we want to listen, but, in addition, we can acquire only the songs we want. It’s not necessary anymore to buy a whole album when all we like is a song, or two if the artist’s exceptional. Great. Or is it?

We don’t even wonder anymore what might be on the “B side” and as it’s out of sight now, we often miss out on treasures that the artist created but lack the same allure as the song that’s on everyone’s mouth at the moment.

Gone is the premeditation which accompanied the ritual of sitting down to listen to music, without any parallel activity other than read the album’s cover over and over. I don’t know if it’s due to lack of time, which seems to be adult life’s leit motif or because music has become the landscape we choose to embark in so many other activities.

Perhaps only those who go regularly to concerts really understand this. Perhaps they do it precisely because it’s the only excuse left not to do something else while listening to music.

Perhaps it is because music doesn’t demand the same sensory devotion other stimuli do, but man, how delicious it is.